A downloadable game for Windows

An upheaval in the world reminds of a certain someone’s dark tidings. Or is it the other way around? Minds falling apart, souls crumbling, shattering all over… Question your own sanity as you try making sense of what’s happening, redeeming whatever dear life you can find, or damning it all to hell with the rest of the world.

Controls: WASD/Mouse - Walk / look around
LMB - Repent NPCs
RMB - Damn NPCs
Sound currently not supported - you can treat this as a silent game :)

A game adaptation of the poem 'Howl' by Allen Ginsberg, Fall Into Dark was developed during the second semester Non-linear Adaptation course. It is inspired from the poem's main motifs, such as the underrepresented outcasts in the conformist and materialistic industrial civilization, drug use, sexuality, induced visionary consciousness and the author's own experiences.

The game situates itself as a walking simulator, although it has small gameplay mechanics. Your interaction with the NPCs will determine the ending of the game.

Even in the concept phase, and later proven during development, this project was the most complex and largely-scoped so far. The first showcase of the prototype included the level blockout, 1 modeled and animated player character and NPC, time of day change, repent/damn mechanic and a first iteration of the ui & quest system. It was suggested during feedback to make the switch from third to first person.
The next step consisted of dressing the whole level, scripting its progression, deploying the NPCs, their dialogue, and implementing the majority of the gameplay logic. With most of the game finished, playtesting then revealed the bugs and optimizations that needed to be solved.
Due to the deadline closing in until the very last hour and the vast scope of the project, two main aspects had to be cut from the delivered project: sound and the game endings. While at the moment the endings are dialogue-based only, it was planned to have a bad end with a cutscene showing the player falling into madness and getting sacrificed; and a true end where the final character reveals himself as Urizen (which is referenced in the poem), then triggering a boss fight with him.
After the project was delivered, exporting the packaged game surfaced a bug with the moral value system which was previously unencountered in-engine. This took ~3 weeks to work around, eventually resolving itself with the refactoring of the whole system. In the meantime some other minor fixes and optimizations were made, including the addition of a loading screen and intro cutscene.

If there is interest in the game, I am open to collaboration on adding sound.
© All assets used belong to their respective authors 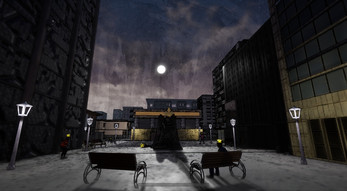 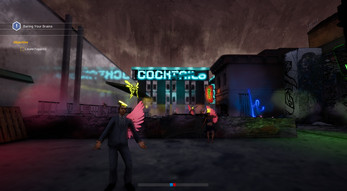 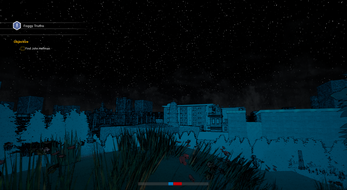 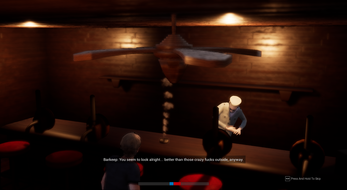 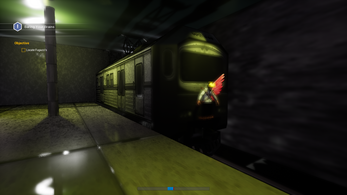